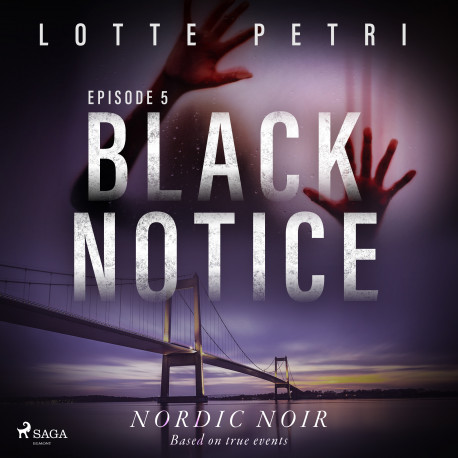 When Kathrine is kidnapped, the police quickly arrest a suspect. But when it becomes clear that they’ve got the wrong man, Felix Jørgensen goes after a gynecologist with a suspended medical license. The tracks lead the investigator to a seemingly abandoned house in rural Lolland in southern Denmark. Is Kathrine in the house? Does the murderer know about their trap? And will Felix manage to save his deputy from becoming yet another victim of this madman’s scalpel? Or is it all much too late?Black Notice is a crime story told in five parts. Partly based on actual events, Black Notice tells the thrilling story of the international hunt for a ruthless serial killer. Lotte Petri is a Danish author of crime fiction. In 2009, her first book was nominated for Danske Bank’s Newcomer of the Year Award. Her Selma Eliassen series was lauded by critics, and in 2017, the first book in the series starring bone expert Josefine Jespersen, "The Devil’s Work", was released.