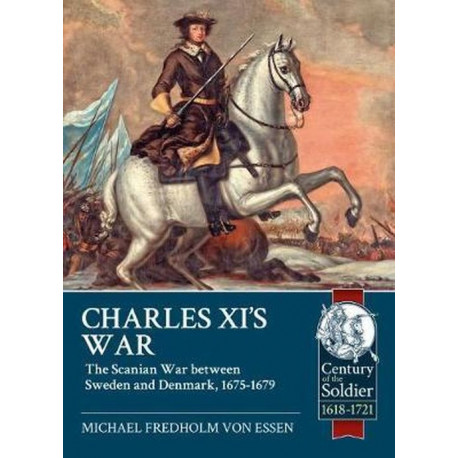 The book describes and analyses the Scanian War, which was fought from 1675 to 1679 between, on one side, primarily Brandenburg and Denmark-Norway and, on the other, Sweden. The war was mainly fought in Scania, the former Danish lands along the border with Sweden, and in northern Germany. The Danish objective was to retrieve Scania which, a generation earlier, had been captured by Sweden and ceded by Denmark. However, the Danish invasion of Scania was defeated by the young Swedish King Charles XI. Although the Danish fleet was victorious at sea, and an alliance headed by Brandenburg defeated the Swedes in Germany, the subsequent peace negotiations resulted in no major territorial changes. Danish partisans continued guerrilla operations in Scania for years, yet the former Danish territories remained in Swedish hands. The Scanian War was bloody, even by contemporary standards, and from a military point of view, quite inconclusive. Yet, Sweden's experiences in the Scanian War laid the foundation for the first substantial reform of the Swedish army since the Thirty Years' War. Based on what he had learnt, King Charles XI restructured the Swedish army and established a comprehensive military system that enabled Sweden to repeatedly mobilise trained armies during the even more devastating Great Northern War (1700-1721) which followed a generation later. Moreover, several recent archaeological excavations have increased our knowledge of the Scanian War, as well as the conditions of late seventeenth-century battles. The book describes the war and its results, and summarises the archaeological findings.