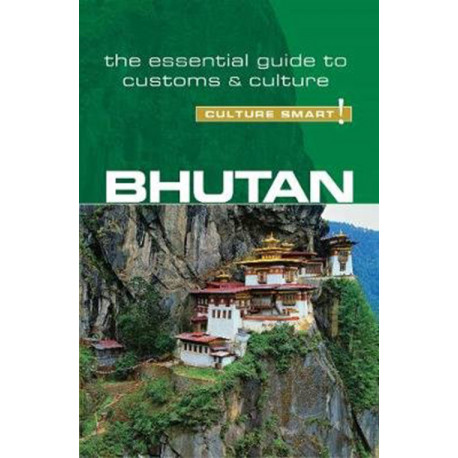 The tiny Kingdom of Bhutan, at the eastern end of the Himalayas, nestles between the giant nation states of China and India. Often called the -Land of the Thunder Dragon, - it remained secluded until recent times--the first ever -tourist- set foot in Bhutan in 1974 and was followed by the introduction of television and new technology at the turn of the 21st century. In 2008, Bhutan became the world's youngest democracy, moving from an absolute to a constitutional monarchy in a historic change initiated by the revered and much-loved Fourth King, Jigme Singye Wangchuck. A sovereign country throughout the ages, Bhutan is now establishing its place on the world stage and demonstrating leadership on climate and environmental issues. It is determined to maintain its Buddhist culture and way of life as it evolves and adapts to political change and economic challenges. Its unique development policy of -Gross National Happiness, - which measures progress not through material gain but on a happiness scale, is generating global interest. The abundant hospitality of the Bhutanese, the variety of Bhutan's ancient monasteries and colorful festivals, and its near-perfect ecosystem and natural beauty never fail to reward the traveler. Culture Smart! Bhutan will give you a deeper insight into the country's history, values, and customs, as well as practical guidance on how to develop a meaningful rapport with the Bhutanese.