> Bøger>From the Lion's Mouth: A Journey Along the Indus
Nedsat pris! 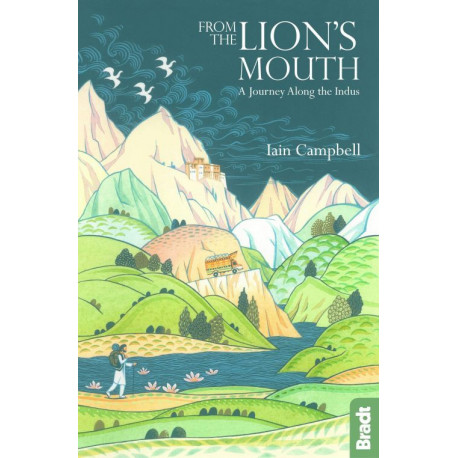 From the Lion's Mouth: A Journey Along the Indus (Engelsk)

Iain Campbell has been fascinated by mountains for as long as he can remember. In his new book, he tells the story of a journey following the course of the Indus River from its mouth in the mudflats of Karachi through the Karakorum, Kashmir and the Himalayas to its source in Ladakh on the Indian side of the Tibetan plateau, where it springs from the 'Lion's Mouth' on Mount Kailash. His narrative paints an insightful, honest and heartfelt portrait of Pakistan, a country that through all his wanderings of the deserts and mountains of Asia kept drawing him back, and a place which combines a rich religious heritage with some of the most spectacular mountains in the world. 'I came to see how closely the Indus River is involved with Pakistani religious life and how this has been true for thousands of years' he says. 'I took four months to make this trip and was able to travel slowly... It became apparent to me as I travelled and developed personal friendships that the image of Pakistan that we are often fed by the media is distorted. I found the Pakistanis to be the most hospitable people I have ever met, to the point where I would have to allow time on my walks in the mountains for the delay caused by sitting down to tea and chapatti in every settlement.' Over the course of his journey, he is exposed to all sides of local life, from a Sufi shrine attended by crocodiles to a Pathan magic man competing with Saudi sponsored Wahabi clerics in the Swat Valley, a near meeting with the fairies of Nanga Parbat and the temple of a three-year-old Buddhist lama on the edge of the Tibetan plateau. Engrossing and eye-opening, Iain Campbell's account of his travels through this mesmerising land will appeal to travellers, mountaineers, trekkers, wilderness enthusiasts, anyone interested in the culture and history of the subcontinent, and fans of quality travel writing.