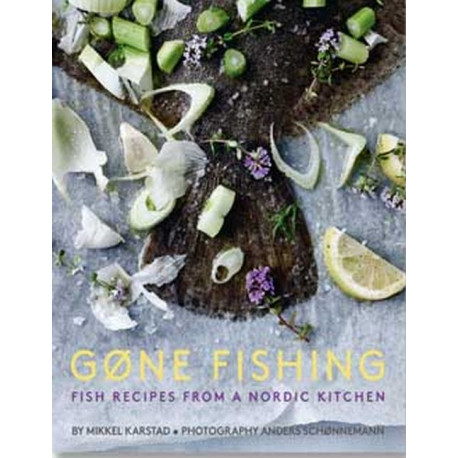 Chef Mikkel Karstad takes us on a fishing trip around the lakes, rivers and coastline of his native Denmark, catching and cooking fish and shellfish from sustainable species only. Each is given its own chapter, from plaice and skate to razor clams, langoustine and crab, with clear examples as to why zander fillet is an ethical and even more delicious alternative to the diminishing stocks of its sister fish, perch. Karstad not only cooks but styles each dish himself, bringing his elegant and fresh design aesthetic to over 80 delicious and nutritional recipes. Photography by Anders Schønnemann, shot on the beach, at sea and in the kitchen, beautifully complements Karstad's open-air lifestyle. Formerly consultant chef and advisor to the NOMA team, Karstad has worked in several Michelin starred restaurants including Tante Claire in London, Era Ora and Commandant in Copenhagen, before running the kitchens at Christiansborg, the Danish Parliament, and latterly Horten Law firm, where he won Staff Canteen Award 2012. Now he is concentrating on food writing, cooking and styling for magazines such as Kinfolk USA, Bon Appetit USA and Mad & Bolig (Food & Home) Denmark.