> Bøger>Living with Vikings: How to Live and Work in the Nordic Countries
Nedsat pris! 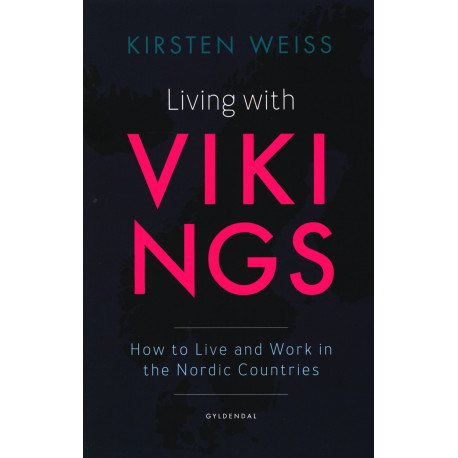 Living with Vikings: How to Live and Work in the Nordic Countries (Bog, Hæftet, Engelsk)

The cold North is now hot. Nordic countries and companies based in the Nordics are attracting more newcomers than ever before. Consequently, the inhabitants of these five small countries have gained new neighbours and colleagues who have not grown up with the Nordic values and therefore cannot effortlessly negotiate the written, and particularly unwritten, rules of the welfare state.

A British CEO is left tearing his hair out when Danish colleagues convene yet another meeting to discuss decisions made weeks before.

A French CEO finds out he is swimming against the tide of opinion when he complains about the foolishness of him spending time booking his own tickets when he has the highest salary in the office – and is told by his Swedish employees that in the Nordic countries, everyone is equal.

And an American CEO receives repeated tongue-lashings from his new Norwegian countrymen, who hold nothing back when giving direct – or, as Americans would say, downright rude – criticism.

In Living with Vikings, Kirsten Weiss explores Denmark, Finland, Iceland, Norway and Sweden – individually and together. She focuses on humour, happiness and trust, but also on Jante’s Law, divorce and the particular Nordic combination of down-to-earth common sense and excessive self-infatuation that characterises the Nordic values, habits and identity – and can prove difficult for newcomers to navigate.

Living with Vikings is for anyone who was not born and bred in a Nordic country but lives and works there, or would just like a greater understanding of the Nordic values, habits and other shining hallmarks of the five Nordic countries.