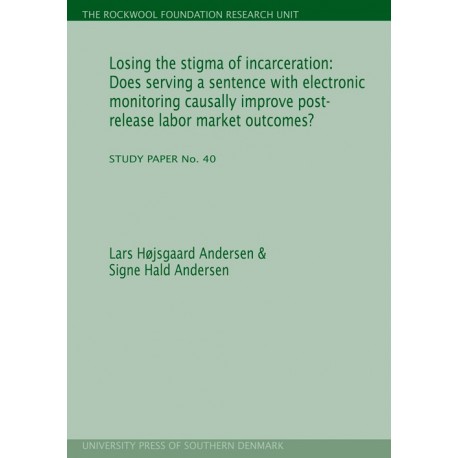 Many Western countries now use electronic monitoring (EM) of some offenders as an alternative to more traditional forms of punishments such as imprisonment. While the main reason for introducing EM is the growing prison population, politicians and administrators also believe that this type of punishment achieves a positive effect by reducing recidivism and the probability of post-release marginalization. The small existing empirical literature on the effect of EM finds mixed support for this belief, but is, however, based on very small sample sizes.
The authors expand this literature by studying the causal effect of EM on social benefit dependency after the sentence has been served. They use administrative data from Statistics Denmark that include information on all Danish offenders who have served their sentence under EM rather than in prison. They compare post-release dependency rates for this group with outcomes for a historical control group of convicted offenders who would have served their sentences with EM had the option been available – i.e. who are identical to the EM group on all observed and unobserved characteristics.