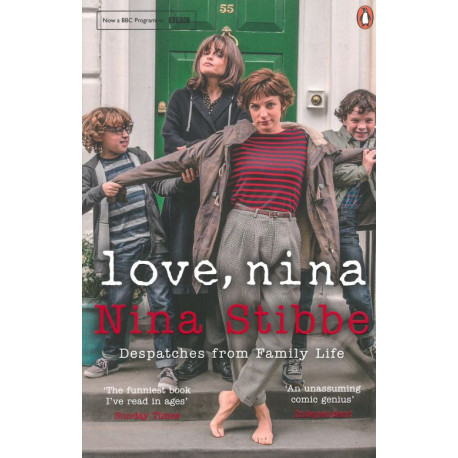 Being a nanny is great. Not like a job really, just like living in someone else's life. Today before breakfast Sam had to empty the dishwasher and Will had to feed the cat. Sam: I hate emptying the dishwasher. MK: We all do, that's why we take turns. Will: I hate the cat. MK: We all do, that's why we take turns. In the 1980s Nina Stibbe wrote letters home to her sister in Leicester describing her trials and triumphs as a nanny to a London family. There's a cat nobody likes, a visiting dog called Ted Hughes (Ted for short) and suppertime visits from a local playwright. Not to mention the two boys, their favourite football teams, and rude words, a very broad-minded mother and assorted nice chairs. From the mystery of the unpaid milk bill and the avoidance of nuclear war to mealtime discussions on pie filler, the greats of English literature, swearing in German and sexually transmitted diseases, Love, Nina is a wonderful celebration of bad food, good company and the relative merits of Thomas Hardy and Enid Blyton.