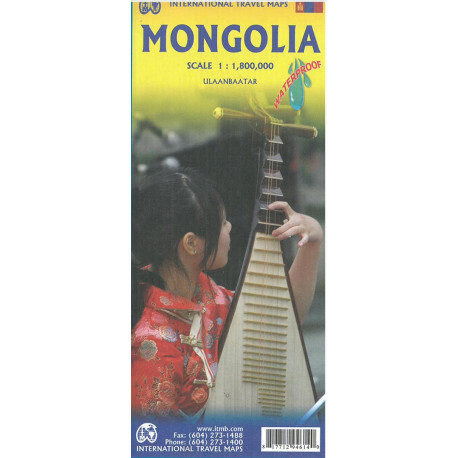 7th edition. Scale 1:1.800.000. The country of Mongolia has existed for centuries, but until recent times was dominated by Russia. When we were first asked to prepare a tourism-oriented map of Mongolia by the government, we did our best using then-available sources of data. With each new edition, we have improved the amount of information and the accuracy of spelling of place names as the country has developed. For example, it is now generally accepted that the name of the country’s capital is Ulaanbaatar as one word. Roads in Mongolia tend to vary dramatically, so most of the thin red lines should be regarded as guidelines rather than as formal man-made roads. The Gobi Desert is well-shown, as are cities little-known to outsiders. A detailed inset map of Ulaanbaatar is included.Legend Includes:Highway, Other Roads, Motorway, Railway, Urban area, Border crossing, Airport, Point of interest, Monument, Museum, Mine, Ruin, Gas station, Lake, Nature Reserve, Camping Site, Sand dunes, Glacier, etc.