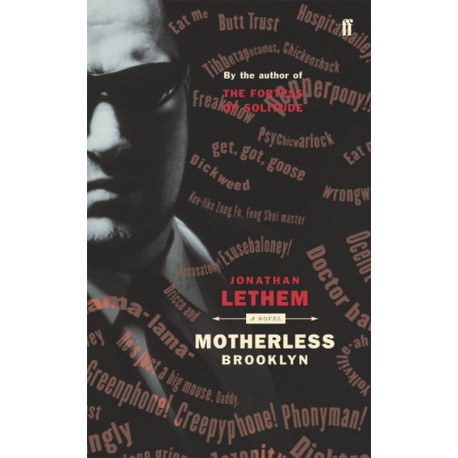 Now a major motion picture starring Bruce Willis, Edward Norton and Willem Dafoe! Set against the backdrop of 1950s New York, the book follows Lionel Essrog, a lonely private detective, as he ventures to solve the murder of his mentor and only friend, Frank Minna. Lionel Essrog, a.k.a. the Human Freakshow, is a victim of Tourette's syndrome with an uncontrollable urge to shout out nonsense, touch every surface in reach, and rearrange objects. Local tough guy Frank Minna hires the adolescent Lionel and three other orphans from St. Vincent's Home for Boys and grooms them to become the Minna Men, a fly-by-night detective-agency-cum-limoservice. Then one terrible day Frank is murdered, and Lionel must become a real detective. With crackling dialogue, a dazzling evocation of place, and a plot which mimics Tourette's itself in its freshness and capacity to shock, Motherless Brooklyn is a bravura performance: funny, tense, touching, and extravagant.