> Bøger>Prepositions in English Grammars until 1801: with a Survey of the Western European Background
Nedsat pris! 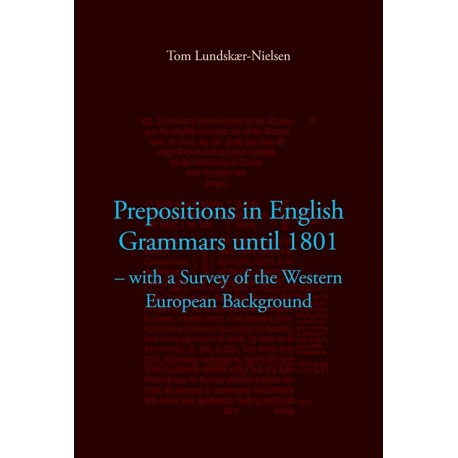 Prepositions in English Grammars until 1801: with a Survey of the Western European Background

The first part of this study presents a broad outline of the establishment of the parts of speech, with special emphasis on prepositions, in Ancient Greece, and of the further development in the Roman age, including the long shadow cast by Donatus and Priscian.
It then examines the works of two of the most prominent members of the group of Speculative Grammarians in the High Middle Ages, and those of some of the leading grammar writers of the Renaissance.
The central part of the book focuses on a detailed analysis of prepositions in fifty English grammatical treatises from Bullokar (1586) to Dalton (1801). Here the author not only scrutinises the individual grammatical texts, but by dealing with them in chronological order he also provides a historical perspective and hence a valuable overview of the treatment of prepositions as well as of word classes more generally during the first two centuries or so of English grammar writing. Taken together, these various aspects make this an important contribution to the history of linguistics.