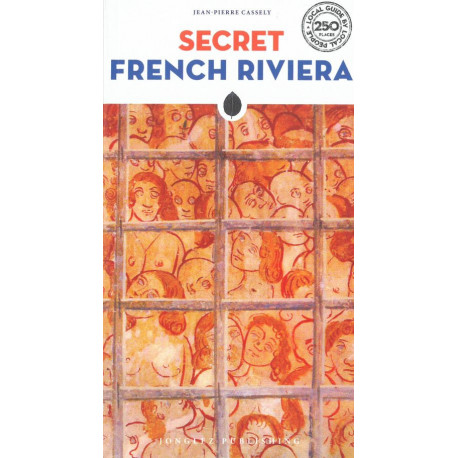 Let Secret French Riviera guide you around the unusual and unfamiliar. Step off the beaten track with this fascinating French Riviera guide book and let our local experts show you the well-hidden treasures of an amazing region. Ideal for local inhabitants and curious travellers alike. The places included in our guides are unusual and unfamiliar, allowing one to step off the beaten track. Now in it's second edition, Secret French Riviera features 200 secret and unusual locations. Inside Secret French Riviera : A game of petanque played with square boules, an astonishing aerial well, stained-plastic windows, a marble bench built in memory of the Queen of England's haemophiliac son, the instruments of the Passion of Christ, a cannon that fires cherry stones, a good-luck pig, a mysterious pyramid, a monument to secret agents, an entire village that `moved house', a gas mask for horses, a statue sculpted by Saint Luke, a chapel showing the dead rising from their tombs, a trapdoor in the nave of a church that opens onto a rushing torrent, a restaurant in an Orient Express railway car, Babar's beach, Tintin's Black Island, and Sleeping Beauty's chateau, a chance to admire the Riviera's first pair of naked breasts, or spend the night sleeping in a tree ... Don't miss - Each chapter of this Secret French Riviera corresponds to a different part of the region so that one can always find a hidden or secret place to discover. Perfectly planned walks - Make sure that you do not miss any Secret location, by discovering each one featured in this guide by planning a walking tour of each region.