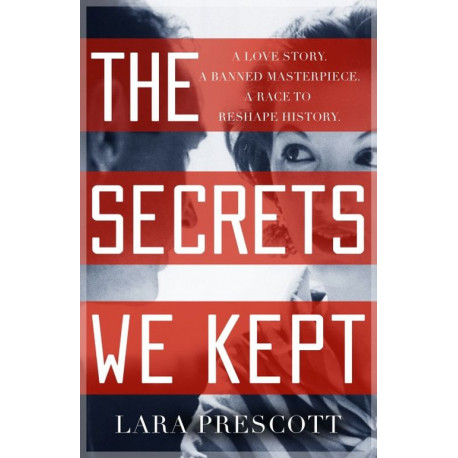 A wonderful, revelatory, unforgettable read about passion, friendship, hidden heroes, and the power of the written word to change the world. In 1957 America, at the height of the Cold War, the CIA tried to foment rebellion in Russia by covertly distributing copies of Pasternak's new and politically subversive novel Dr. Zhivago throughout the U.S.S.R. The Secrets We Kept tells the story of how Dr. Zhivago was written and disseminated through the points of view of the people most intimately involved in its publishing trajectory: through Pasternaks long-suffering muse and lover, Olga, who was sent to the Gulags in an attempt to stop Pasternak writing, and through the women of the CIA typing pool, brilliant college graduates and former spies who saw and knew all, and who played a major part in smuggling the book back into Russia so that ordinary people could read it and discover for themselves what their government was doing. This is brilliant, immersive, kaleidoscopic storytelling that shines a light on a time and place that may seem quite foreign to us now. Most of all it's about the power of books to generate passion and change the course of history.