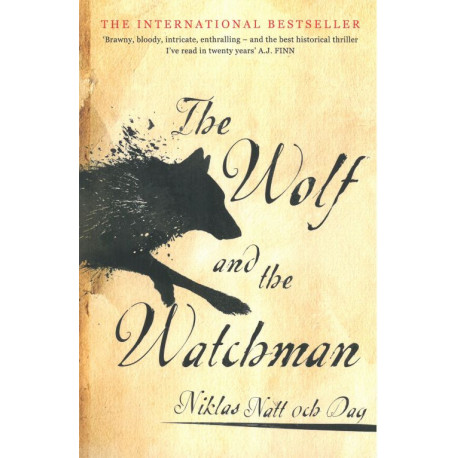 The Wolf and the Watchman (Bog, Engelsk)

Best Debut, The Swedish Academy of Crime Writers' Award 2017! The year is 1793, Stockholm. King Gustav of Sweden has been assassinated, years of foreign wars have emptied the treasuries, and the realm is governed by a self-interested elite, leaving its citizens to suffer. On the streets, malcontent and paranoia abound. A body is found in the city's swamp by a watchman, Mickel Cardell, and the case is handed over to investigator Cecil Winge, who is dying of consumption. Together, Winge and Cardell become embroiled in a brutal world of guttersnipes and thieves, mercenaries and madams, and one death will expose a city rotten with corruption beneath its powdered and painted veneer. The Wolf and the Watchman depicts the capacity for cruelty in the name of survival or greed - but also the capacity for love, friendship, and the desire for a better world.