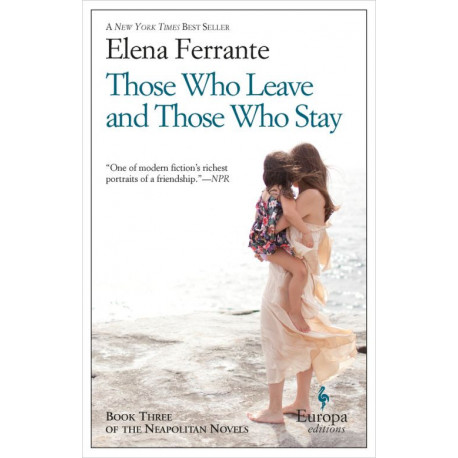 Those Who Leave And Those Who Stay (Bog, Engelsk)

Now a major TV series on HBO! Set in the late 1960s and the 1970s, Those Who Leave and Those Who Stay continues the story of the feisty and rebellious Lila and her lifelong friend, the brilliant and bookish Elena. Lila, after separating from her husband, is living with her young son in a new neighborhood of Naples and working at a local factory. Elena has left Naples, earned a degree from an elite college, and published a novel, all of which has opened the doors to a world of learned and fascinating interlocutors. The era, with its dramatic changes in sexual politics and social costumes, with its seemingly limitless number of new possibilities, is rendered with breathtaking vigor. This third Neapolitan Novel is not only a moving story of friendship but also a searing portrait of a rapidly changing world.