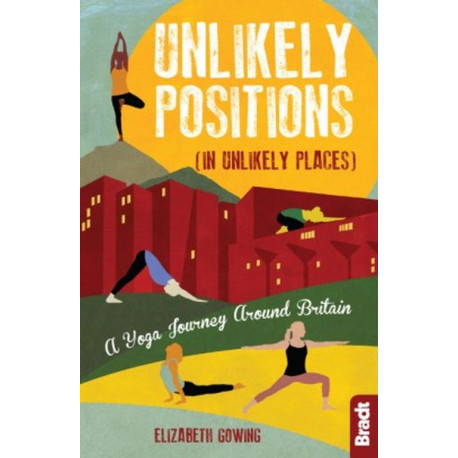 Elizabeth Gowing is not a likely yogini. She is too fond of chocolate and To-do lists, and sometimes falls over on her mat. But yoga has taken her on journeys both inside and out and now she follows yoga around Britain - from the village hall where a quivering triangle pose was interrupted by the council recycling collection to a sound gong bath in the country's noisiest city, from Cornwall to Scotland. She discovers prisoners finding solace in child's pose; children finding expression in dancer pose, and dancers sitting bendily in cobbler's pose. Her feet start to hurt and she realizes that yoga is a current of shared experience that runs quietly through British society, through Middle England to the nation's extremes. In schools and hospitals, from Newcastle to Nottingham, Wales to West Kilbride, she untangles the Ashtanga from the Kundalini, the Sanskrit from the whimsical new-age, and finds the ways that yoga is rebuilding communities and lives - and her own wobbling body. Sometimes funny, sometimes touching, Gowing evokes the characters and communities she meets along a fascinating journey in a celebration of ancient wisdom solving modern-day problems and the exultation of finally mastering the Crow.