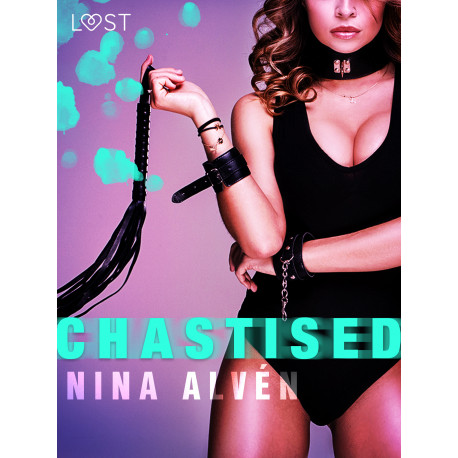 "A silence full of unpredictable promises descended on the room. She gasped and closed her eyes — a hard grip around her neck. Without thinking, she had placed her hands on the desk.
tWith resolute movements, he adjusted her hips, made her arch her back and push her bum out. An idea of what was about to happen started to form in her mind. Aroused exhilaration pumped through her system. His dark voice whispered into her ear.
t'Pull your knickers down.'"
It is nighttime and their sexual games continue. They know each other's bodies and desires inside out and now blindfolds are going to hamper them, but still, Every night they spend together is exciting. She knows he will punish her and she wants to obey, but she also wants to resist so that she'll get to taste the chastising palms of his hands. She is expecting and prepared for his usual treatment, but suddenly everything takes a surprising turn as she spots a new twinkle in his eye.