Chip Of the Flying U (ebog, epub, engelsk) 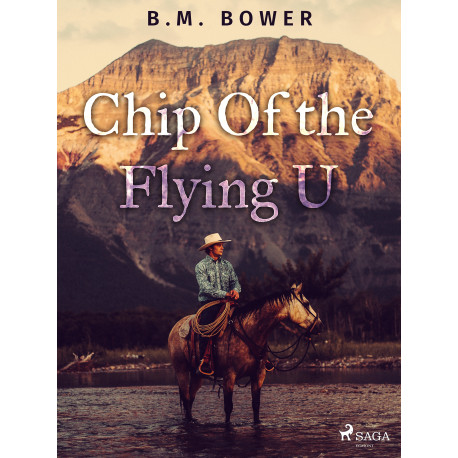 Set in Montana, ‘Chip of the Flying U’ introduces us to the eponymous cowboy and the Happy family. Chip is awkward around women, but when he meets the gun-toting Dr Della Whitmore, things are about to take a different turn. A beautifully-detailed look at life in the Old West, this story has romance at its heart but doesn’t skimp on presenting things as they were, warts and all. ´Chip of the Flying U’ is a superb read for fans of Oliver Wister's ´The Virginian´ and for those looking for an introduction to Bower’s work. Born Bertha Muzzy Sinclair Bower, BM Bower (1871 – 1940) was originally from Minnesota. However, when she was 18, her family moved to Montana, where she gained first-hand experience of the ranch life that was to so influence her books. A year later, she eloped with her first husband to Big Sandy. Finding herself in an unhappy marriage, she sought escapism through writing. Her first novel, ‘Chip of the Flying U’ gave Bower the financial independence to leave her husband. After relocating to Tacoma, Bower continued to write for ‘Popular Magazine’ before remarrying, this time to Bill Sinclair, who also had literary aspirations. This union, too, was short-lived and Bower moved to Hollywood, where she met her third and final husband, Bud Cowan. Over her career, Bower wrote more than 50 novels, all focussing on the western way of life. Unusually for the time, she paid as much attention to her female characters, as the male leads. She died in Los Angeles, aged 68.