> Danske bøger>30-Second New York: The 50 Key Visions, Events and Architects That Shaped the City, Each Explained in Half a Minute

30-Second New York: The 50 Key Visions, Events and Architects That Shaped the City, Each Explained in Half a Minute (Bog, Engelsk) 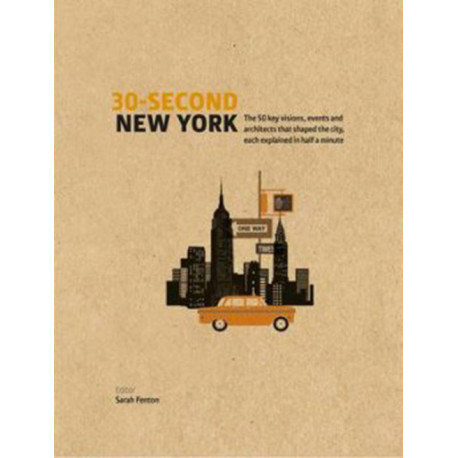 New York never sleeps, they say, and 30-Second New York offers up an energetic tour of the city, looking at its founding fathers (and mothers), at key events in its history, and at the buildings and people that make up its unique character, taking in all of the Five Boroughs, not just Manhattan. Find out who gave the city Central Park and the Empire State Building, learn what it was like to arrive off the boat at Ellis Island, relive the glory days of Coney Island, and admire the way New York has presented itself to the world culturally, in the art, literature, and music of those who love it. It's an absorbing virtual visit to the liveliest city on Earth. Dr. Sarah Fenton has a doctorate from Northwestern University and is an editor for the American Historical Association where, among other projects, she was chief editor of the Association's Encyclopedia of Chicago. She lives in Manhattan.