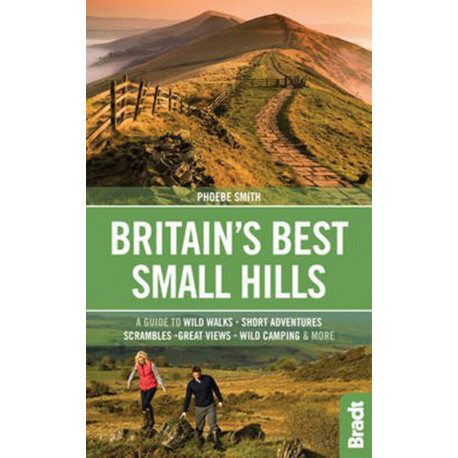 Take a friend, or take the kids - or both! - and climb one of Phoebe's favourite hills. There are 60 of them detailed in this easy-to-follow guide which champions a new easy-access approach to hillwalking. With 20 hills each in England, Wales and Scotland, from just 120 metres to a manageable 609 metres, and from Cornwall to the Scottish Highlands, there's bound to be a hill for you. 'When it comes to mountains society seems to be obsessed with height' says Phoebe Smith. 'But those who shun peaks based on measurement are truly missing out. Following on from the success of Wilderness Weekends, people are always asking me where they can take a friend, partner or young child that will help convince them that the outdoors - and hills - are worth the effort. Answering that need is this book, it's all about minimum effort for maximum results.' Each walk also includes tips on safety, kit, weather, walking responsibly, maps, tackling hills sensibly, and taking children, friends and reluctant walkers. For some walks there's also 'Added Adventure' - caves, ruins or a background story for example. Britain is home to hundreds of hills, neglected because they don't quite measure up, so here we showcase 60 of the very best. 'Who wouldn't want to experience some of the best views in Britain for minimal effort?' asks Phoebe Smith. 'Don't believe us? Walk this way!' With Britain's Best Small Hills, discover not only where to walk, but also curious facts and places, such as one of the best small hills with a cafe at the top, the hill where Captain Cook became inspired to travel, the only Wainwright the man himself couldn't summit, and the Welsh peaks where the rocks that form Stonehenge come from. Phoebe Smith knows good mountains.