> Danske bøger>Comparative studies in history of religions: Their aim, scope, and validity 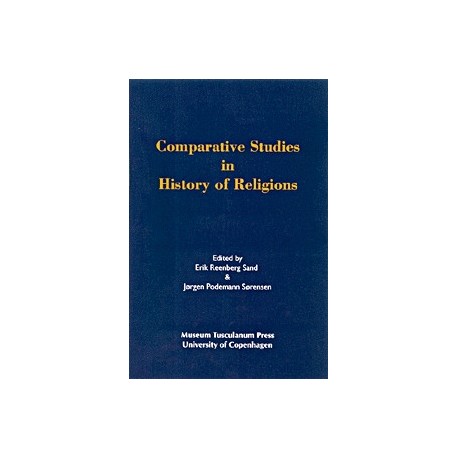 It was Max Miller who coined the famous motto of the comparative study of religion ´He who knows one, knows none.´ Since its first beginnings in the second half og the nineteenth century, the history of religions has always somehow invoked comparative insights as its very raison d´étre.The nature of these insights has been under constant debate, and at times, scepticism and devastating critique of the more pretentious comparative projects made regionally specialized studies seem the only legitimate enterprise within the discipline.
The fact remains, however, that the major general issues addressed by historians of religions are rooted in considerations of a comparative nature.
The dossier of papers from an international conference held at the University of Copenhagen discusses tradition as well as new approaches to the fundamental issues of the aim, scope and validity of comparative studies in history of religions. No longer bound to momolithic visions of history and human nature, these papers critically explore the limits and the roles of comparison in the study of religion.
Contributions by Lourens van den Bosch, Bruce Lincoln, Britt-Mari Nåsström, Tord Olsson, William Paden, Jens Peter Schjødt, Allan Williams and the editors.