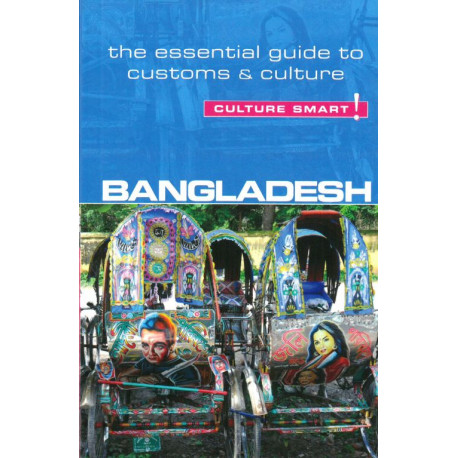 Bangladesh is a lush, green country situated on the fertile Ganges delta, adjacent to the Indian state of West Bengal. Although there are hilly areas in the northeast, this densely populated country is mostly flat, and criss-crossed by many rivers. Much of its coastline forms part of the world´s largest mangrove forests, the Sundarbans, home to the Royal Bengal tiger and many other flora and fauna.
Bangladesh is young country with an ancient history. The province of Bengal was divided when India became independent in 1947, and its mainly Muslim eastern part became East Pakistan. This was followed by years of upheaval, and in 1971, after a freedom movement and a war, the east Bengali people finally gained independence as the People´s Republic of Bangladesh. Most Bangladeshis live in rural areas, and the majority are Muslims. Historically they have lived in harmony with many other faiths. Bengali, or ´Bangla´, is the lingua franca, and there are several regional dialects. Once the hub of the southern Silk Route, the Bengal delta region has a long and rich cultural tradition. Over the centuries it has been influenced by Hinduism, Jainism, Buddhism, Islam, and Christianity. It is a land of writers, saints, scientists, thinkers, composers, painters, and film-makers. It is famous for its music, dance, and drama; arts and crafts; folklore; languages and literature; philosophy and religion; festivals and celebrations; and its distinctive cuisine and culinary tradition. Bangladesh has been regularly hit by floods and cyclones, but, contrary to what the world usually hears about natural disasters and poverty, there is positive economic growth and the country is one of southeast Asia´s largest exporters of garments to Western markets. Despite the hardships they endure the Bangladeshis are resilient, friendly, and hospitable, and welcome all visitors with a warm smile.