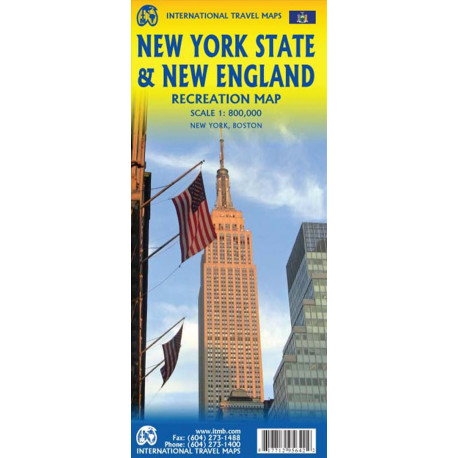 1st edition 2017. Scale: 1:800.000. ITMB expands its coverage of the USA with a detailed map of New York State and New England on a double-sided map at a very detailed scale. The one side covers most of the state and the southern portion of the New England states, along with an inset map of the greater NYC area, the other side covers from Boston and Cape cod to the northern extremes of Maine and west into Vermont, with inset maps of Boston and Boston Region. Legend Includes: Roads by classification, Railways, Attractions, Hotels, Point of interest, Airports, Tourist information, Hospitals, Shopping centre, Native American Reserve, River, ferry, and much more.