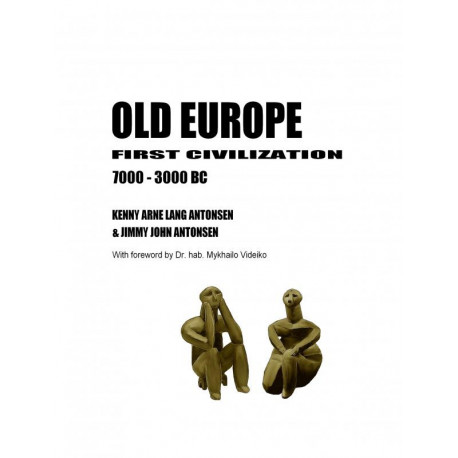 In those ancient times when the History hasn’t “begun yet, in Sumer”, in the South of Europe the establishment of civilization started. Indeed, Old Europe achieved a lot of things – high (according to the criteria of that time) standards of life, created arranged and even comfortable way of life, developed high-technology production. Masterpieces of applied art and architecture were created. Using such materials, as timber, clay, straw ancient architects created not only simple (but at the same time comfortable) houses, but large temples and sanctuaries, which located at the area of large sites with numerous population. There appeared trade which united vast territories. This world was also united by religion, the cult of the Great Goddess. Written language arose, even if at first it was pictography. In addition, a new level of social development was reached, there even appeared urban-type settlements – in other words, the establishment of the civilization became a fact.

Book by Kenny Arne Lang Antonsen “Old Europe FIRST CIVILIZATION 7000 - 3000 BC” is a really magical journey to the world of ancient farmers and warriors, priests and architects.