> Danske bøger>Peaks of the Balkans Trail: Through Montenegro, Albania and Kosovo

Peaks of the Balkans Trail: Through Montenegro, Albania and Kosovo (Bog, Engelsk) 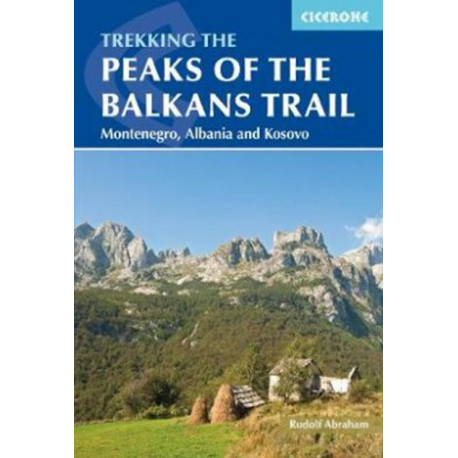 Guidebook to the Peaks of the Balkans, a 192km trek through Montenegro, Albania and Kosovo. The trek, which can comfortably be completed in less than a fortnight, is well waymarked and covers terrain between 670m and 2300m in altitude, taking in remote valleys, dramatic mountain passes, stunning scenery and villages untouched by time. Author Biography: Rudolf Abraham is an award-winning writer and photographer whose love of travel and remote places has taken him from the Balkans to eastern Turkey, Central Asia and Patagonia. He is the author of several books including guides to Croatia, Montenegro, Torres del Paine, St Oswald's Way and Istria, and his work has been published widely in magazines such as BBC Countryfile, CNN Traveller, Discover Britain, France, Hidden Europe, National Geographic Traveller, OE, Wanderlust and Vanity Fair. A Croatia and Eastern Europe specialist, he first visited Croatia in the 1990s, returned to live in Zagreb for two years, and continues to make several trips a year to his favourite country in Europe. Rudolf is a member of the Outdoor Writers and Photographers Guild and the British Guild of Travel Writers.