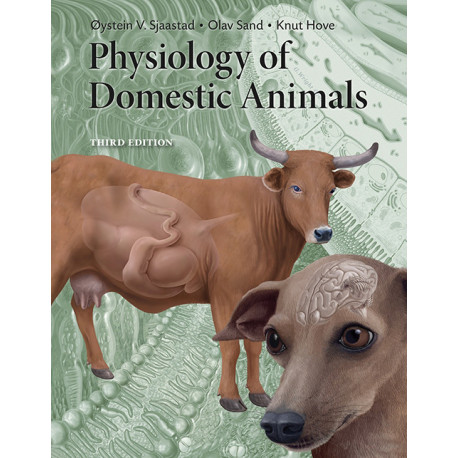 This textbook is primarily targeted towards students of veterinary-, animal- and agricultural sciences, but it is also well suited for university courses in general and mammalian physiology. The textbook emphasizes functional aspects of physiology. The book contains approximately 600 color illustrations, more than 3000 short, clarifying statements placed in the margin, about 2000 questions, and nearly 200 clinical examples. Physiology of Domestic animals is designed to help students develop the problem-solving skills that they will need in their future careers.Physiology of Domestic Animals, was first published in 2003, when the book presented domestic animal physiology in a new manner. Second edition was published in 2010. The third edition, published in September 2016, is comprehensively revised to encompass recent progress in domestic animal physiology, in addition to introducing important new tools that enhance the students' learning outcome.