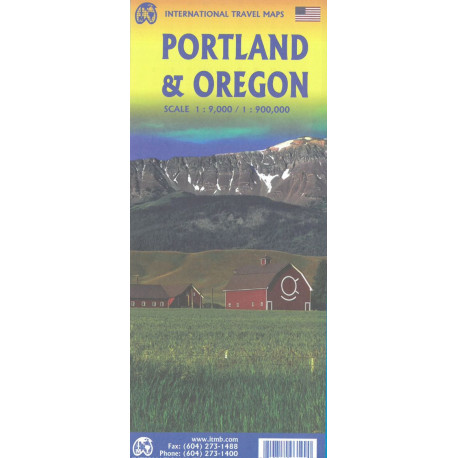 Portland is the largest city in the American state of Oregon. It is not the capital; that distinction belongs to Salem, about 50 miles to the south, but Portland is an actual sea-going port, although it is a hundred miles away from the ocean. It is situated on the majestic Columbia River, which at one time formed the border between British-controlled Canada and the emerging United States. That changed after 1842, with the Oregon Treaty, under which both governments agreed to share the territory. At that time, the British capital was Astoria, a lovely town at the mouth of the Columbia, but the Governor, realizing that sharing with the Americans meant capitulation to the Americans, moved the capital north to Victoria, on what was then designated a separate colony. Regardless, today both Portland and the State of Oregon present some of the nicest scenery in America. Our portrayal of the city goes from the Northwest Freemont Bridge in the north (the I-5 motorway) south to Ross Island, and from Washington Park in the west to Chavez Blvd. in the east. At this scale, this encompasses the entire core of Portland and provides room to show the rapid transit line, the convention center, the downtown, and all the bridges across the Willamette River. The reverse side of the sheet shows the State of Oregon in excellent detail. Most of the developed portion of the State is in the western portion, along the Pacific Ocean, or close to the I-5 motorway. Inland, the Great Sandy Desert occupies much of the southern part of the State, while majestic Mount Hood, an inactive volcano, dominates the north. The far eastern portion connects to the State of Idaho, the north to Washington State, and the south to California and Nevada. The map includes a set of must-see destinations. My favourite is the Spruce Goose Air Museum in McMinnville.