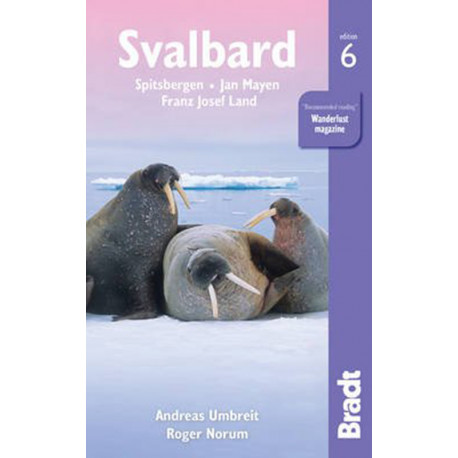 This is a unique, standalone guidebook to this evocative Arctic archipelago, a place that is plunged into darkness for four months each year and where there are 4,000 snow scooters for a population of just 2,500. This edition has been thoroughly updated throughout and offers new material on everything from adventure tours to accommodation, environmental change to restaurants. Also covered are the restoration of Barentsburg and the opening of Svalbard's historic mines to visitors. This edition reflects important recent changes in the archipelago, making it the perfect guide to a quintessential bucket-list destination. Possibly the most remote destination in the developed world, Svalbard is as off the beaten track as you can get in Europe today. A destination where there are more polar bears than people, Svalbard is the planet's most northerly settled land and the top of the world. It was on and around Svalbard that most of David Attenborough' Frozen Planet was filmed. A trip to Svalbard easily lends itself to notching up geographic superlatives and adventurous travellers seek out experiences such as husky driving and hikes across the permafrost, charmed by the island law that requires everyone to carry a rifle anywhere outside of Longyearbyen, a constant reminder of Svalbard's 3,000-strong polar bear population. The main tourist period falls in Svalbard's brief summer, from June to August, when it's light around the clock and not very cold. However, increasingly popular for winter sports - especially because the next few years will enjoy unusually high Northern Lights activity - are the so-called 'light winter' months (March-May), when there is both sunlight and snow. The winter season itself (November/December-March) offers many possibilities for outdoor adventure - and the polar night is an experience in itself. Despite winter temperatures that can drop to over 40 below zero.