The Land of Fairy Tale: A Portrait of Life and Nature at Blaavandshuk (Bog, Hardback, Dansk) 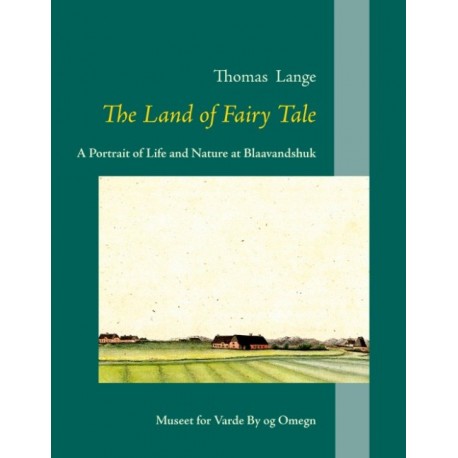 Thomas Lange’s novel The Land of Fairy Tale is as fascinating today as it was when he first wrote it in 1865. He describes the treeless coastal and dune landscapes of West and North Jutland, the wide horizons, the treacherous sandbars at Blaavandshuk, the dunes at Skallingen and the long spit of land north of Skagen where the waters of the Kattegat and Skagerrak meet. Many of these features have changed remarkably little. From time to time storm floods still occur, and dramatic sunsets, one of which so frightened Marie the first time she came to the Rectory because she thought it came from a terrible, threatening fire, are common. This is a vivid story about the mysterious central character, Thisenius, the Church Clerk, as seen through the eyes of the author, first as a boy and later as a young man.
In 1930, one hundred years after Thomas Lange came to Ho, on the initiative of the incumbent pastor, J. Andreassen, a bronze bust of the author and poet was erected in the garden of Ho Rectory. It was mounted on a granite plinth and on the front were inscribed the words: ”Here both the Child and the Poet found The Land of Fairy Tale”.
On the back of the stone is the following verse composed by the Pastor.
In Nature you sensed the quiet sounds of the divine voice.
Heard the soul’s strings plucked in a mournful song.
Skallingen and the western strand, heather, marsh and dunes
Became your ”Land of Fairy Tale”.
In 1979, on the completion of the renovation of the Rectory, half of the garden was dedicated as a public memorial to Thomas Lange and the bust forms the central focus of the Thomas Lange Garden.