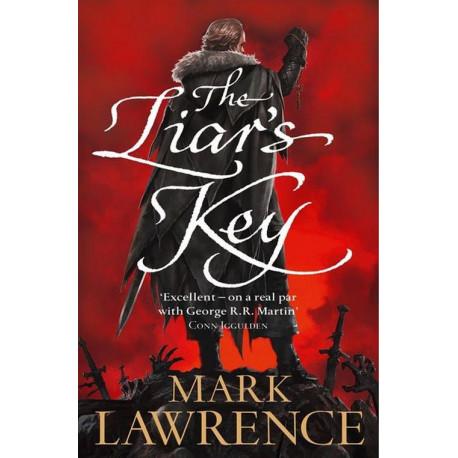 From the critically-acclaimed author of PRINCE OF FOOLS comes the second volume of the brilliant new epic fantasy series, THE RED QUEEN'S WAR. The Red Queen has set her players on the board... Winter is keeping Prince Jalan Kendeth far from the luxuries of his southern palace. And although the North may be home to his companion, the warrior Snorri ver Snagason, he is just as eager to leave. For the Viking is ready to challenge all of Hel to bring his wife and children back into the living world. He has Loki's key - now all he needs is to find the door. As all wait for the ice to unlock its jaws, the Dead King plots to claim what was so nearly his - the key into the world - so that the dead can rise and rule.