The Nordic media and the Cold War (Bog, Engelsk) 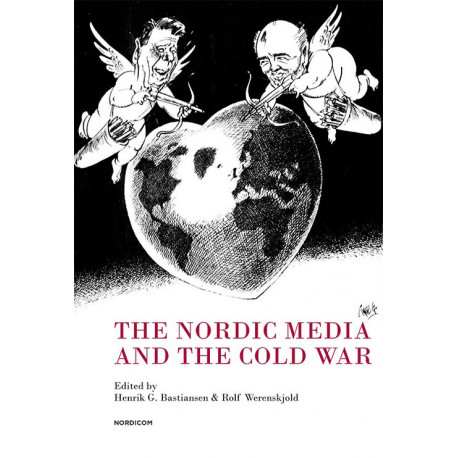 The Cold War between the East and West during the period 1945-1991 was a rivalry where the world´s doom constantly emerged as a possible result. It was global and included northern European countries like Sweden, Denmark, Finland and Norway in different ways. Historians are still discussing how Cold War history should be understood in these countries, but they have rarely been concerned about mass media and communications. Meanwhile, many media scholars have neglected the theme entirely. In this book, these two areas of knowledge are combined in new research on the Nordic mass media, and their significance during the Cold War. A number of controversial topics are covered. Nineteen Nordic scholars sheds new light on Nordic print media in all four countries, but also write about radio and the television broad­casting. Extending the traditional Cold War research on media and communication to include sport, magazines for men, political cartoons, and films, the book lays the foundation for Cold War studies to become an integrated interdisciplinary field of knowledge, and a more central part of the Nordic media research than before - with countless opportunities for exciting new research, with high relevance to world conflicts in our own time.