The significance of immigration for public finances in Denmark 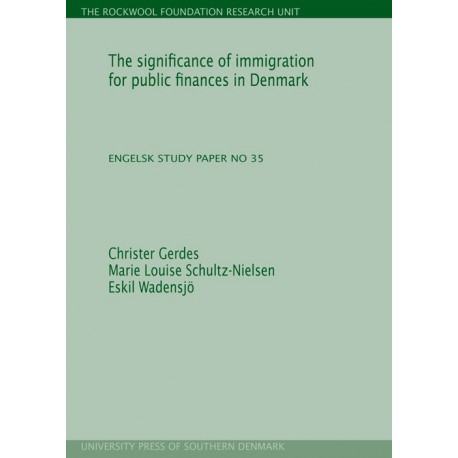 This paper studies the economic consequences of immigration for public finances in Denmark. Using new figures for the period 2004-2008, net transfers are calculated, and presented as an extension to the figures that already existed for the period 1991-2001. The net transfers are calculated from a marginal perspective, which means that the included public expenditures and incomes can be traced to each individual person in our sample. The study is therefore suited for analyzing the economic consequences if more/less people immigrate. A consistent pattern to emerge throughout is that net transfers from Western first- and second-generation immigrants to state funds are positive, while those from non-Western first- and second-generation immigrants are negative. The new calculations show that net transfers from non-Western first- and second-generation immigrants fell from DKK -12.8 billion in 2004 to DKK -9.1 billion in 2008, largely due to the improved employment situation in Denmark. The results also show, however, that the composition chosen of the group of non-Western immigrants has a significant effect on the calculation of net transfers, in that these transfers are reduced to DKK -2.2 billion if refugees are excluded from this group.