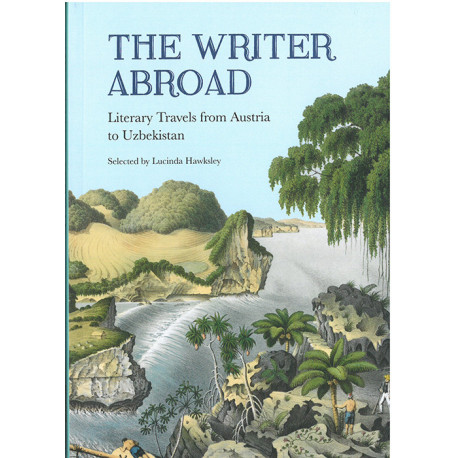 From the grand tour to the global village, novelists and poets have made particularly observant travellers. Many writers have been prone to wanderlust, eager to explore the world and draw inspiration from their travels. They recorded their notes in letters, journals, essays and books. In some cases, these became celebrated examples of travel writing, but there are many more accounts which remain overlooked. In The Writer Abroad, Lucinda Hawksley takes us on a literary journey around the world, through extracts from Arthur Conan Doyle in Australia, Joseph Conrad in the Congo, Charles Dickens in Italy, Henry James in France, Mary Wollstonecraft in Sweden, and many more. Lucinda Hawksley is an author, biographer and winner of the Ed Lacy Travel-Writing Award. Her travel articles have appeared in magazines and on websites, from the BBC to Vegetarian Magazine. Lucinda has also written more than 20 books, including three biographies of female artists: Lizzie Siddal, Kate Perugini (nee Dickens) and Princess Louise, as well as March, Women, March: Voices of the Women's Movement, Bitten by Witch Fever (about arsenic in the Victorian home), Charles Dickens and his Circle and Moustaches, Whiskers & Beards - a look at facial hair in portraiture.