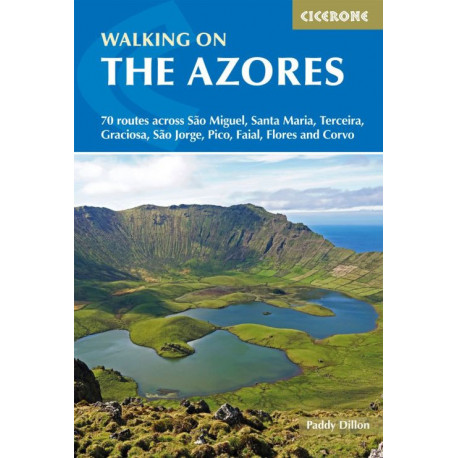 A comprehensive guide to walking in the Portuguese Azores, an archipelago of nine lush green islands in the North Atlantic Ocean. The 70 routes cover the three island groups: the Eastern Group (Sao Miguel and Santa Maria), Central Group (Terceira, Graciosa, Sao Jorge, Pico and Faial) and Western Group (Flores and Corvo). Routes range from hour-long strolls to full-day outings and most use the islands' network of official waymarked trails, including sections of the multi-day GR1. Also included is an ascent of Pico, the highest mountain on Portuguese territory. The guidebook gives lots of practical information on travel to the Azores and between the different islands, as well as getting around by public transport. Full route descriptions are accompanied by 1:50,000 map extracts, plus notes on refreshment opportunities and local points of interest. The routes promise verdant green landscapes and astounding volcanic landforms, taking in forests, rocky slopes, cliff coast and waterfalls as well as a rich built heritage including churches, forts, windmills and harbours. Whether you prefer a single-base trip or an island-hopping adventure, you'll find stunning scenery at every turn. The mild climate makes this an ideal destination for year-round walking.