When Death Takes Something From You Give It Back (Bog, Paperback, Engelsk) 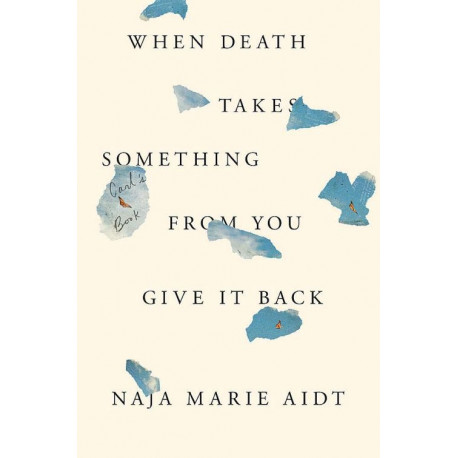 'I raise my glass to my eldest son. His pregnant wife and daughter are sleeping above us. Outside, the March evening is cold and clear. "To life!" I say as the glasses clink with a delicate and pleasing sound. My mother says something to the dog. Then the phone rings. We don't answer it. Who could be calling so late on a Saturday evening?' In March 2015, Naja Marie Aidt's 25-year-old son, Carl, died in a tragic accident. When Death Takes Something From You Give It Back is about losing a child. It is about formulating a vocabulary to express the deepest kind of pain. And it's about finding a way to write about a reality invaded by grief, lessened by loss. Faced with the sudden emptiness of language, Naja finds solace in the anguish of Joan Didion, Nick Cave, C.S. Lewis, Mallarme, Plato and other writers who have suffered the deadening impact of loss. Their torment suffuses with her own as Naja wrestles with words and contests their capacity to speak for the depths of her sorrow. This palimpsest of mourning enables Naja to turn over the pathetic, precious transience of existence and articulates her greatest fear: to forget. The insistent compulsion to reconstruct the harrowing aftermath of Carl's death keeps him painfully present, while fragmented memories, journal entries and poetry inch her closer to piecing Carl's life together. Intensely moving and quietly devastating, this is what is it to be a family, what it is to love and lose, and what it is to treasure life in spite of death's indomitable resolve.