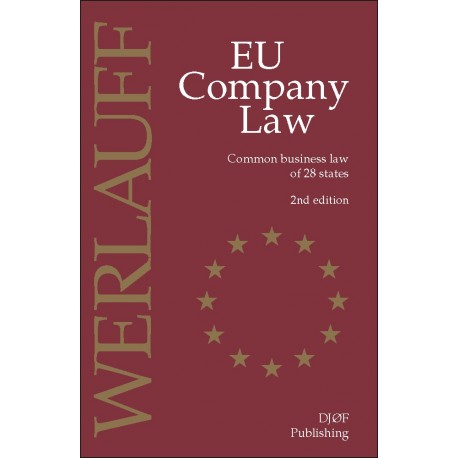 EU Company Law provides an account of a wide range of subjects of extreme importance to European businesses.Among the subjects treated are: The company's right to operate in other countries on an equal footing with domestic enterprises. Federal company organisational forms: The economic interesting grouping and the SE company. Tax-free structural changes across borders. Formation and capital injection. Dividend and other capital outflows. General meetings, board of directors and management, including the issue of single-tier or two-tier company management. Subscription and representation rules. Liability in damages. Group relationships, including across borders. Employees and their position in regard to outsourcing. The annual report. Merger between companies of the same or different nationalities. Merger control. Division and business transfer. Voluntary and compulsory dissolution. Reconstruction. The topics are treated in the book on a common European basis. It will make history when, in future, the company law of 28 European states will be modelled on the same basic rules: 15 old EU states, three EEA states, and 10 new EU states.The author, Professor Erik Werlauff, LLD, (born in 1952), was trained at the Department of Justice and as a practising lawyer with licence to appear before the Danish Supreme Court. He undertakes research and lectures in commercial law at the Aalborg University and has published a wide range of articles and books on company law, EU law, stock exchange and capital market law, financing law, and procedural law.To the printed version: http://www.djoef-forlag.dk/vare/8757403325