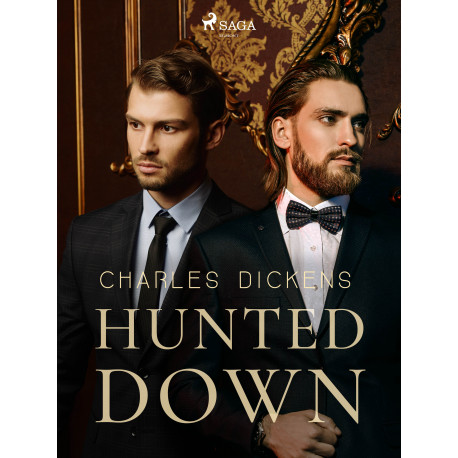 When Mr. Julius Slinkton walks into Mr. Sampson’s insurance office to fetch some forms for his friend, Sampson has a strange suspicion that something isn’t quite right. And when Slinkton continues to pop up in his life at random it’s starts to dawn on Sampson that a gruesome crime is about to be committed. Before long, Sampson’s entangled in a mess that might cost him his life.
Told in the first person, Hunted Down is similar to the writing of Dickens’ friend, author Wilkie Collins, whose novel The Moonstone (1868) is considered the first modern English detective novel. With a masterful portrayal of character, intriguing mystery and insightful description, Dickens certainly excels in the detective genre.

Charles Dickens (1812-1870) was an English author, social critic, and philanthropist. Much of his writing first appeared in small instalments in magazines and was widely popular. Among his most famous novels are Oliver Twist (1839), David Copperfield (1850), and Great Expectations (1861).