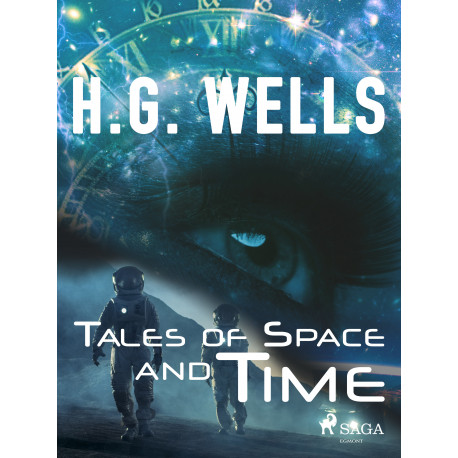 "Tales of Space and Time" is a collection of three short stories and two novellas that can easily be classified as a mixture of science fiction and fantasy. The author’s vivid mind takes you to the very end of the universe and at the same time – to the very beginning of time. This constant oscillation between past, present, and future cements Wells’ belief, often seasoned with some humour and satire, that human kind is much the same across different eras. The last story, for example, "The Man Who Could Work Miracles" shows how man’s sloppiness can easily ruin even miracles.

H. G. Wells was an English writer, remembered mostly for his science fiction works. Often described as a futurist, H. G. Wells’s influence cannot be neglected for his works foresaw many technological innovations such as space travel, the atomic bomb, and the Internet. Four times Nobel Prize in Literature nominee, Wells explored a wide array of themes in his works, occupying one of the central seats in the canon of British literature. Some of his best works include the time-travel novel "The Time Machine", the sci-fi adventure novel "The Island of Dr. Moreau", the mankind-versus-aliens novel "The War of the Worlds" and more than seventy short stories.