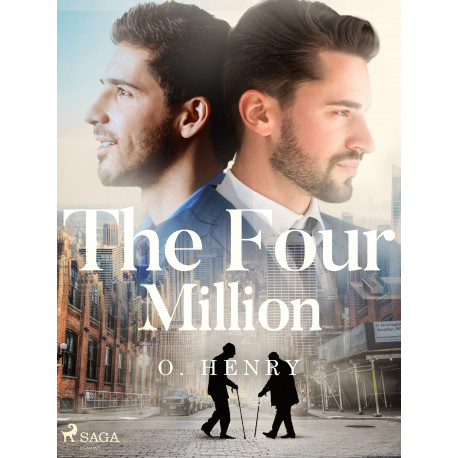 A dog, named Lovey, tells us the story of his unpleasant mistress and dear owner. A couple in love struggle to find money for Christmas gifts for each other. Another married couple sacrifices their art and dreams in the name of love. A homeless guy tries badly to get himself into jail. Another poor man devotes his days to finding the girl he fell in love with at first sight.
O. Henry’s second collection of stories "The Four Million" gives us the possibility to immerse ourselves in these tales about love and sacrifices, struggles and appreciation. The plot twists will however make you doubt how the story will develop until you reach the very last page.

William Sidney Porter (1862-1919), known simply as O. Henry, was a prolific American author of humorous literary pieces. His fame came exceptionally quickly and he became a bestselling author of short story collections, among the most famous being "Cabbages and Kings", "The Voice of the City", and "Strictly Business." As a result of the outstanding literature legacy that O. Henry left behind, there is an American annual award after his name, given to exceptional short stories.