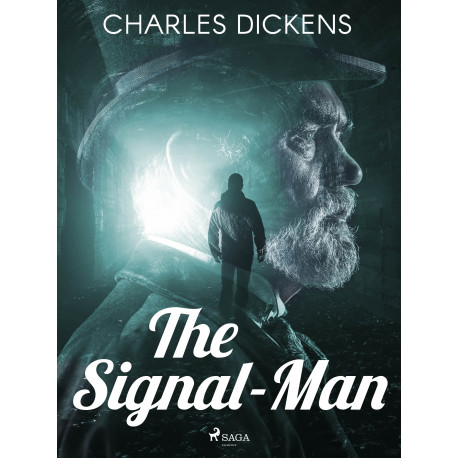 "Halloa! Below there!"
Unable to sleep one cold winter’s night, a gentleman wanders aimlessly around the countryside and comes across the dark mouth of a railway tunnel. There he spots an old signal-man, but when he calls out to him the old man is unresponsive. Managing to convince the signal-man that he means no harm, the old man invites him to his small, lonely shack. There, the gentleman learns a horrifying secret. But how well can he really trust the old Signal-Man?
The Signal-Man is a masterful ghost story which has been adapted for TV and radio several times. In a Doctor Who episode from 2005 called The Unquiet Dead, the Doctor, played by Christopher Eccleston, called it "The best short story ever written."

Charles Dickens (1812-1870) was an English author, social critic, and philanthropist. Much of his writing first appeared in small instalments in magazines and was widely popular. Among his most famous novels are Oliver Twist (1839), David Copperfield (1850), and Great Expectations (1861).