The Stolen Bacillus and Other Stories (Ebog, Epub, Engelsk) 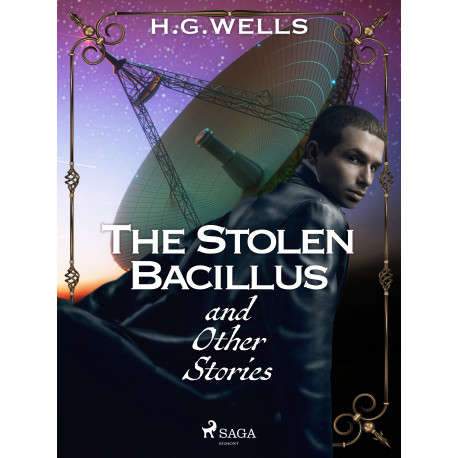 The fantasy and science-fiction stories in this early collection by H. G. Wells deal in extraordinary sarcasm, vividness, and attention to detail. The fantastic go hand in hand with the humorous, the scientific is both dangerous and wondrous, while the protagonists meddle with bacteria, ostriches, or large bat-like creatures. An interesting and thought-provoking anthology, "The Stolen Bacillus and Other Stories" is a multifarious collection that can appeal to all tastes!

H. G. Wells was an English writer, remembered mostly for his science fiction works. Often described as a futurist, H. G. Wells’s influence cannot be neglected for his works foresaw many technological innovations such as space travel, the atomic bomb, and the Internet. Four times Nobel Prize in Literature nominee, Wells explored a wide array of themes in his works, occupying one of the central seats in the canon of British literature. Some of his best works include the time-travel novel "The Time Machine", the sci-fi adventure novel "The Island of Dr. Moreau", the mankind-versus-aliens novel "The War of the Worlds" and more than seventy short stories.