Erik and the Gods: Journey to Valhalla (bog, engelsk) 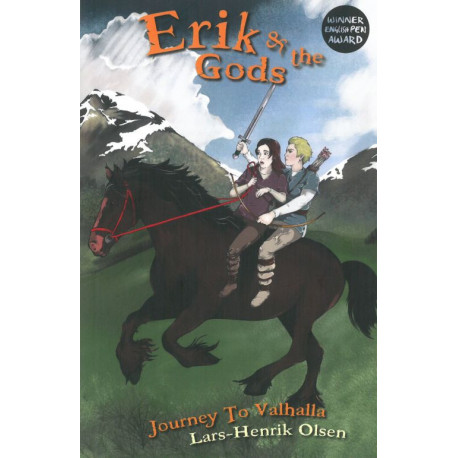 Winner of Danish Children's Book Prize 1986 and Pen Translation award 2015. The Gods have been fighting a never-ending war with the Giants and their strength is failing. One evening, during a terrible storm, Thor, the God of Thunder, appears to 13-year-old Erik, an ordinary boy. He sends Erik on a secret mission with his daughter, Trud, to travel to the Land of the Dead. Erik must bring back the Goddess of Eternal Life and her magic apples before the Gods weaken and totally lose their powers. Time is running out. Can Erik rescue the Goddess from the Giants and prevent the end of the world? To mark the 30th anniversary of its original publication, Aurora Metro Books has commissioned the first English translation of Lars-Henrik Olsen's much-loved Danish novel, Erik and the Gods: Journey to Valhalla, with new illustrations by Kokhi Holman. The translation from the Danish by Paul Russell Garrett was awarded a 2015 PEN Translates Award, and is supported by a grant from the Danish Arts Foundation. Denmark's Lord of the Rings, Erik was awarded The Danish Bookstores Auxiliary Society of Children's Book Prize (1986).