Love at the End of the World (bog, paperback, engelsk) 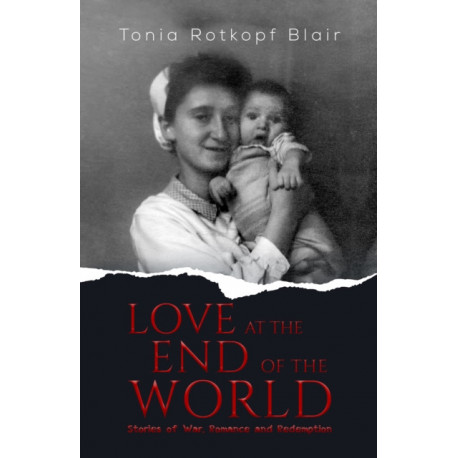 After thirty-five years of quiet acceptance, Tonia Rotkopf Blair returned to Poland and confronted the Holocaust. Growing into an outspoken survivor, she began to write precise, poignant stories. Some concerned her childhood or traveling halfway around the world, or New York City, where she raised a family and attended the renown Columbia University. But all grappled with memories, dreams, and the Holocaust, many taking us into its depths, notably the three weeks she endured in Auschwitz. What makes Rotkopf Blair's perspective unique is that, while working as a nurse in the Lodz ghetto or enduring the concentration camps, she remained very much a romantic young woman. As history's most murderous war raged around her, she practiced love and kindness, and was sustained by encounters with decent people-including some Germans. So fresh are her views on these fraught subjects, Love at the End of the World includes an essay by her son, which teases those issues out by examining Darwin's theory of evolution, revising it from "survival of the fittest" to "survival of the 'lovingest.'"