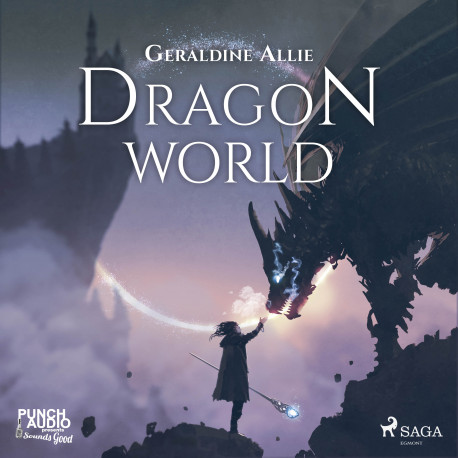 A young Spell Caster stands between the boundaries of the magical world, and the realm of dragons. Through a special bond formed from ancient magic and the life blood of the dragon, he will begin a quest that will be the beginning of a destiny that has awaited him. The dragon's world is in danger of extinction, and now he must help them regain a priceless object which is the only chance of saving Dragon World. A young King has stolen the priceless object belonging to the dragons and plans to harness its magic properties for his own evil plans. With it, he will control all of the magic realms and proclaim himself ruler of them all. With the dragon, Nilrem as the young Spell Caster's mentor, both journey to the outer lands to stop the king before all of the walls to the realms come down and darkness falls across the lands forever.

Geraldine Allie is an American author from the Midwest. She writes in a plethora of genres, including fantasy, science fiction, YA, and romance. She has written over ten books, including "Blood Moon," "A Merry Frost," and "Sweeter than Honey: Call of the Kodiak."