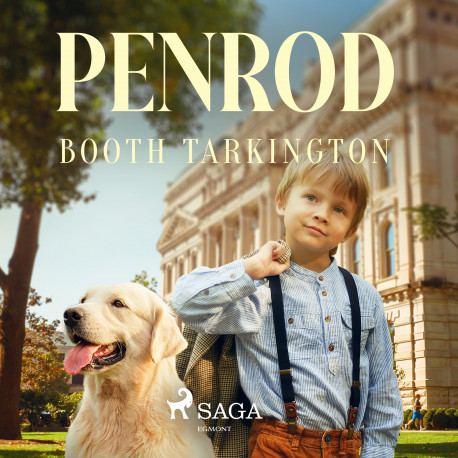 Eleven-year-old Penrod Schofield and his wistful dog Duke go on a hilarious romp through turn of the century Indianapolis. "Penrod" (1914) chronicles his life, loves, and mostly the trouble he gets into. His adventures in pre-World War I Midwest have been likened to those of Tom Sawyer (Mark Twain), and this first collection of comic sketches by Booth Tarkington was followed by two further episodes: "Penrod and Sam" (1916) and "Penrod Jashber" (1929).

Booth Tarkington (1869-1946) was an American novelist and dramatist. Originally from Indianapolis, he attended both Purdue University and Princeton, as well as getting an honorary doctorate from Columbia. His family was well-off, though they lost some of their wealth in the Panic of 1873 (the Great Depression). He won the Pulitzer Prize twice, for "The Magnificent Ambersons" (1918) and "Alice Adams" (1921), making him one of only three to win it more than once, putting him alongside William Faulkner and John Updike. Whilst he is less known today, he was considered to be America's greatest living author during the early 20th century.