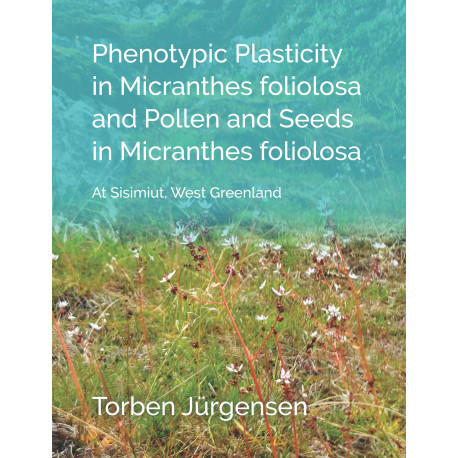 Cold phenotypes reproduce them exclusively by bulbils (asexual reproduction) while warm phenotypes have both asexual and sexual reproduction with insect pollination. The insects do not search for nectar glands but only for the red tip of the anthers, which the insect rips off. The insects tend to seek out specimens with triple capsules for a fourteen-day period around August 1st. Around September 1st, the capsules open and throw seeds. ­Micranthes foliolosa growth indicate a possible control of the plant by red staining (anthocyanin pigmentation). In this study Micranthes redofskyi may prove to be a ­Beringian variant of Micranthes foliolosa s.l., as Micranthes ­foliolosa var. sisimiutii is an Atlantic variant of the species.