Reframing the Danish Renaissance: problems and prospects in a European perspective - papers from an interna - [RODEKASSE/DEFEKT] 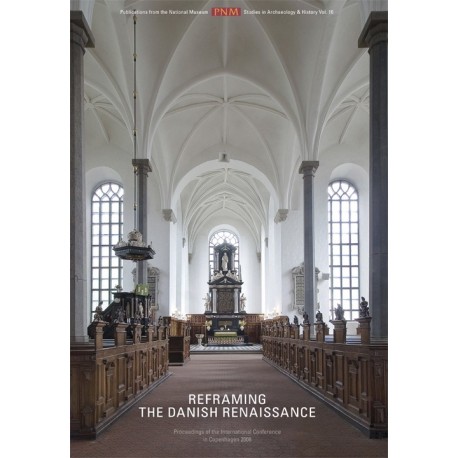 This collection of essays by 26 Renaissance scholars from Europe and the United States represents the outcome of an international conference which took place at The National Museum of Denmark and the castles of Kronborg and Frederiksborg in 2006. The agenda of the conference was to revaluate and re-present art and architecture in the Danish realms during the 16th and early 17th century for an international audience, given the fact that this material has often been left in the blind spot of interest in general surveys of the Renaissance. Moreover, it was essential to integrate the cases presented into recent discourses, aiming at resetting the theoretical or methodological frameworks of the field.
Accordingly, the contributions represent different approaches, ranging from more universal issues to close readings of individual problems or monuments with emphasis on examples produced for circles, preferentially the elites, in the former monarchy of Denmark-Norway, yet including to no less extent works of art, agencies and activities related to areas, individuals or parallel initiatives beyond the narrow national frames. From an overall perspective several of the articles thus seek to open for a more European or even Global vision of the period’s artistic physiognomy, basically questioning as well the notion of a specific ´Danish Renaissance´, anchored in the art historical tradition of the 19th century.
The general introduction is followed by 25 essays, arranged in four sections: ´Reframing the Frames´, ´Lutheran Rhetorics´, ´Catalysts to Change´ and ´Rex Triumphans: The Unsurpassed Paradigm of Christian IV´.
A comprehensive collected bibliography concludes the volume.