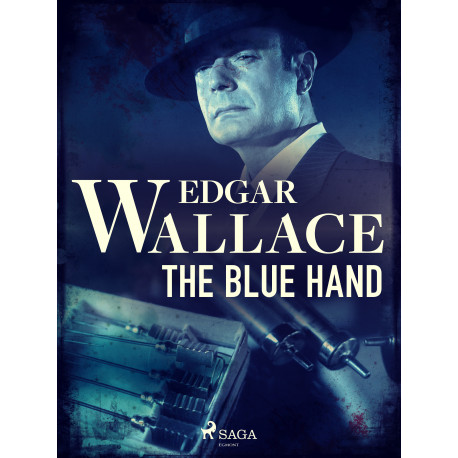 A classic thriller novel ‘The Blue Hand’ is built on intrigue, mystery and the strength of its cast. Packed full with the mysterious, the supernatural and the threat of an unrelenting villain it is a fast-paced read interjected with moments of beauty and romance. It is a potent thriller with wonderfully crafted plot twists and a powerful conclusion. The novel was loosely adapted in the West German horror film ‘Creature with the Blue Hand’ starring acclaimed actor Klaus Kinski. Edgar Wallace (1875-1932) was an English writer, poet and journalist. He was such a prolific writer that his publisher claimed his work could account for a quarter of all books sold in England. He wrote countless books, screenplays, poems and historical non-fiction, spawning over one hundred and sixty films based on his work. He unfortunately passed away suddenly before he could see his most famous creation ‘King Kong’ come to life. It has been adapted several times over the years, notably by Peter Jackson of Lord of the Rings fame, and more recently in ‘Godzilla vs Kong’ starring Millie Bobby Brown.