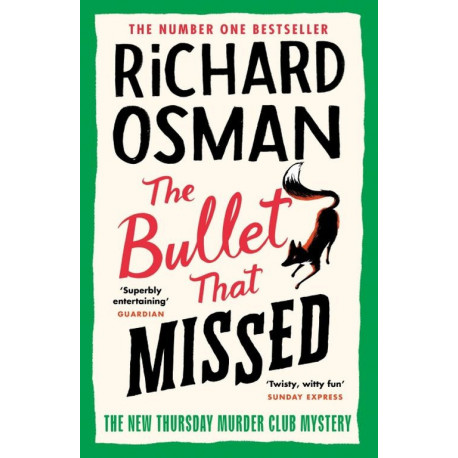 A new mystery is afoot in the third book in the Thursday Murder Club series from million-copy bestselling author Richard Osman! - It is an ordinary Thursday, and things should finally be returning to normal. Except trouble is never far away where the Thursday Murder Club are concerned. A local news legend is on the hunt for a sensational headline, and soon the gang are hot on the trail of two murders, ten years apart. To make matters worse, a new nemesis pays Elizabeth a visit, presenting her with a deadly mission: kill or be killed... While Elizabeth grapples with her conscience (and a gun), the gang and their unlikely new friends (including TV stars, money launderers and ex-KGB colonels) unravel a new mystery. But can they catch the culprit and save Elizabeth before the murderer strikes again?