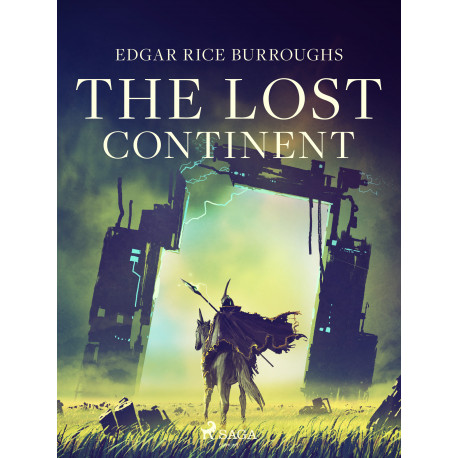 It is 2137. Two centuries ago, there was a war to end all wars. The Old World died and the New One was born. Everything is ordered and perfect. Just do not visit Europe!When the young commander Jefferson Turck suffers a sabotage, he discovers some disturbing and world-changing secrets. The action in "The Lost Continent" is relentless and Hollywood-like; the romance is familiar and melodramatic; while the anti-war social criticism is right on point. It is a gripping and fascinating tale and a great read for adventure fiction fans. Edgar Rice Burroughs (1875-1950) was an American author, best known for his novel ‘Tarzan of the Apes’ (1914) and its sequels as well as the Barsoom series. During World War II, he was one of the oldest U.S war correspondents. Tarzan and his adventures are loved by both young and old, and are evergreen classics. Many have watched at least one Tarzan tv series or movie with the most popular probably being the Disney animation film from 1999 and 'The Legend of Tarzan' from 2016 starring Alexander Skarsgård and Samuel L. Jackson.